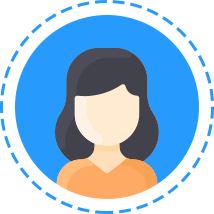 Hello! This is my story.

Anjali Sawhney is a Certified Integral Life Coach from ICF certified New Ventures West (2005) & a trained international Leadership Embodiment Teacher (ICF somatic coach certification based on Aikido and Mindfulness, 2010) with founder Wendy Palmer. She has been on teaching teams both in person and on-line with leaders in embodied transformation at the Strozzi Institute since 2018.

Anjali has coached numerous individuals as well as & led workshops for teams in the non-profit, corporate, & educational sectors including those at the UCSF’s School of Dentistry, East Bay Meditation Center, & California Endowment in Oakland. She worked with Van Jones & The Dream Corps’ Social Justice initiatives in 2018. As Director of Product Development at Charles Schwab & Company for 5 years, Anjali led a cross-functional team of hundreds for new products & services including marketing & sales training.

Anjali received her Bachelor’s of Science degree in Engineering from the University of California, Los Angeles & a Master’s in Business Administration from the University of San Francisco. She was born in India, raised in Los Angeles, and has lived on the east coast of the United States as well as in South & East Asia. Anjali loves the ocean, body surfing as well as beach sunsets & sunrises, live music, dancing & serving untapped populations including BIPOC students, those unhoused, and those in recovery ; sometimes she is allowed to groove to funk or rock with her teenagers, Aanika & Jai.